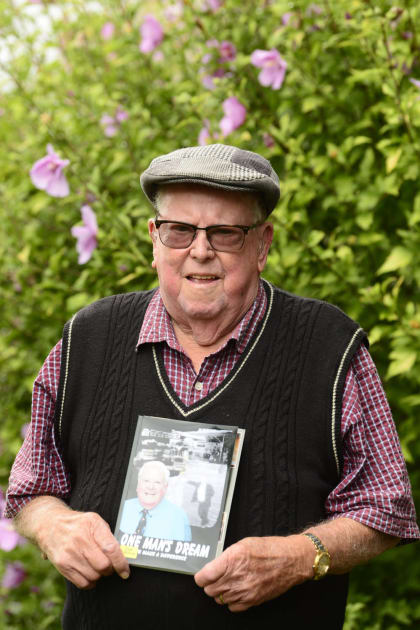 The former trucking boss who built Numurkah Lake has declared the current state of the canoeing and fishing spot “disgusting”.

Kelvin Sidebottom, a well-known Numurkah businessman, has now declared all profits generated by his self-published memoir will go towards fixing the lake.

“I thought it would be the one thing which outlived me, but maybe that’s not true anymore,” the 86-year-old said.

The plan is to hire a contractor to clean the weeds out.

Last year Mr Sidebottom, who currently lives in Wunghnu, committed book sale proceeds in a similar manner while trying to get a mental health retreat on Ulupna Island off the ground.

This latest effort comes after a petition by locals was…